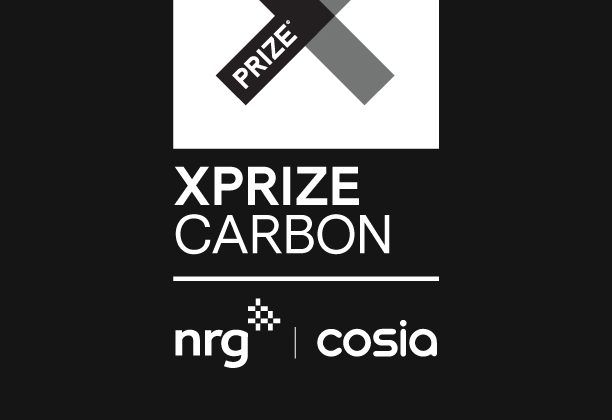 Gillette, Wyoming – In the culmination of a six-year engineering competition, the NRG COSIA Carbon XPRIZE announced the final winners for both the coal – and natural gas – tracks.

CarbonBuilt and Carbon Cure have been crowned the winners and each will receive $7.5 million to continue advancing their carbon utilization technologies. Some of the competitors of the coal-tract tested at the Wyoming Integrated Test Center, a carbon capture and utilization testing center attached to a state-of-the-art coal-fired power plant in Gillette, Wyoming.

“Finding alternative, economic uses of carbon dioxide is paramount to the success of CCUS in Wyoming and across the Nation. I congratulate CarbonBuilt on their technology to develop a low CO2 concrete replacement with coal-fired flue gas,” Wyoming Governor Mark Gordon said. “NRG COSIA Carbon XPRIZE was one of our first partners at the Integrated Test Center, and I am glad to see the successful completion of their competition. I am also hopeful that this is just the first of many opportunities for us to work collaboratively to provide technical solutions to C02 capture challenges in Wyoming.”

“I want to congratulate CarbonBuilt and the NRG COSIA Carbon XPRIZE team,” said Jason Begger, Managing Director of the Integrated Test Center. “When we started this process carbon utilization and the incredible opportunity of this industry was relatively unknown; it’s now getting global recognition and we continue to be excited to see how all the teams involved move towards commercialization of their technologies.”

CarbonBuilt created a low CO2 concrete replacement. Their process reduces emissions through utilization, which permanently embeds CO2 into the concrete, and via avoidance by reducing the emissions associated with the raw materials. The development of the team’s core technology began at UCLA in 2013, and with support from the NRG COSIA CARBON XPRIZE as well as the U.S. Department of Energy, the team was able to produce 10,000 concrete blocks.

A public-private partnership between the State of Wyoming, Tri-State Generation and Transmission Association, the National Rural Electric Cooperative Association, and Basin Electric Power Cooperative, the Integrated Test Center was initially funded in 2014 and the NRG COSIA Carbon XPRIZE were the first tenants to sign on to test at the facility.

“Technology advancement drives economic development and cleaner energy,” said Duane Highley, Tri-State CEO. “With Wyoming’s leadership, the Integrated Test Center’s hosting of the Carbon XPRIZE enabled the advancement of novel technology solutions to carbon challenges, and as more innovators come to Wyoming to evaluate technologies, the work of the ITC will continue to deliver important results.”

“As we plan for a future that depends on electricity as the primary energy source for a majority of the economy, strategic investments in energy innovation are critical,” NRECA CEO Jim Matheson said. “This XPRIZE competition has helped spur needed innovation in carbon capture and reuse and will contribute to maintaining a balanced energy future for our nation. We are excited to be partners in this effort and by the progress being made at Basin Electric Power Cooperative’s Dry Fork Station.”

Paul Sukut, Basin Electric Power Cooperative CEO and general manager, said, “We’re proud to host innovation that could enable a path forward for coal. Our cooperative believes an all-of-the-above energy strategy is best for meeting our members’ needs, and coal as a reliable fuel source is part of that. We recognize this strategy requires managing our carbon footprint. Technology devised through the XPRIZE competition can help not only manage carbon, but also put it to beneficial use. It’s the right thing to do.”

About Wyoming Integrated Test CenterThe ITC is a public-private partnership designed to foster the next generation of energy technology. The ITC provides space for researchers to test Carbon Capture, Utilization and Sequestration (CCUS) technologies using actual coal-based flue gas from the Dry Fork Station near Gillette.

In 2014, with the support and encouragement of Governor Matt Mead, the Wyoming State Legislature allocated $15 million in funding for the design, construction and operation of an integrated test center to study the capture, sequestration and management of carbon emissions from a Wyoming coal-based power plant. An additional $5 million commitment from private industry was required under the appropriation, which has since been secured from the Tri-State Generation and Transmission Association in addition to $1 million from the National Rural Electric Cooperative Association. Basin Electric Power Cooperative provided additional in-kind contributions including engineering and construction management services at the Dry Fork Station host site, which is jointly owned by Basin Electric and the Wyoming Municipal Power Agency.

The ITC is one of a handful of such facilities around the world and only the second one in the United States. While many carbon capture technologies are being developed and studied in laboratory settings, the ITC is one of the few research and testing facilities at an operating coal-fired powered plant. The ITC allows for real world testing at an active power plant and alleviates typical concerns over being able to transfer technology from a lab to a plant.